This year, Colour Blind Awareness Day coincides with UEFA Nations League matches to be played during the first week of September. The partner FAs and clubs will use the matches as opportunity to promote the cause. The Iceland v England and Portugal v Croatia matches on September 5; and the Belgium v Iceland, Denmark v England on September 8 fixtures will be the focal point for campaign posts and activation.

From the grassroots to the highest professional level, colour blindness can impact the performance of players and coaches or spoil the enjoyment of watching live and/or televised sport. Kit clashes, coloured footballs under the spotlights, signage and multi-coloured digital content can be problematic for people affected. Approximately 1 in 12 men suffer from colour blindness, and 1 in 200 women, amounting to a worldwide colour blind community of over 300 million people.

To address and raise awareness of the impact of colour blindness in sport, the EU has funded TACBIS, a group of partners from across the footballing world, to launch this programme with the support of UEFA and the English FA. The group includes the NGOs European Football for Development Network and Colour Blind Awareness, the National Football Associations of Portugal, Iceland and Romania as well as Oxford Brookes University and Danish club Randers FC.

This year, Colour Blind Awareness Day coincides with a series of Nations League matches in the first week of September, with the partner NAs and clubs using this as an opportunity to promote the cause. High profile ambassadors such as Portugal’s Bruno Fernandes and Jéssica Silva and other leading coaches, players and fans will be taking to social media to raise awareness and promote colour blind friendly sport initiatives.

Kathryn Albany-Ward, founder of Colour Blind Awareness and expert in the field, further explained the importance of raising awareness for stakeholders in the sporting industry.

“In the EU, close to 34 million people have CVD (colour vision deficiency) – and failure to acknowledge the difficulties they face in sport risks alienating them in significant numbers, meaning they are likely to turn off TV coverage and take to social media to vent their frustrations. So it’s in sport’s interests to resolve the issues. The good news is that implementing procedures to assist and protect those with colour blindness in sport is relatively simple. Much of the time, all that’s needed is a little goodwill and forward planning, and solutions can have positive benefits for teams, fans, sponsors and broadcasters.”

“The TACBIS partners have produced an animation to highlight the areas of football which can be impacted by colour blindness. We are also determined to prove the prevalence of colour blindness amongst football players, to identify the barriers to progression and the coping mechanisms employed by those affected. Colour Blind Awareness Day has been gaining momentum in the last few years, and we are excited to see it come to life this year in partnership with UEFA, the NAs and our TACBIS partners.”

Bruno Fernandes, an ambassador for the campaign, pledged his support for colourblind players and fans alike.

“Not being able to watch a UEFA Europa League or a Man. United match on TV in full colour, to help easily distinguish between teams, referee cards and coloured objects in the stands, seems almost unimaginable to me. None of my teammates has identified as colour blind but for sure there are many in football who may face a range of difficulties when playing or watching the game. That’s why it’s so important to raise awareness, provide greater information and make changes so that those who live with colour blindness don’t feel left out and experience the game to the fullest. Football is a universal language and everyone has the right to speak it clearly and confidently.”

In the lead up to Colour Blind Awareness Day, players, coaches and NAs from around Europe will be sharing stories and images to help more people understand the challenges colour blindness causes in football.

Particular Nations League matches will be used to showcase the cause. Iceland v England and Portugal v Croatia on September 5th will be the focal point for the posts and activations for the campaign. Look out for the videos and photos from leading ambassadors and FAs, and get involved yourself by sharing experiences and content with the hashtags: #1in12men, #1in200women, #ColourBlindAwarenessDay #TACBIS.

Colour Blind Awareness Day is just one of many initiatives undertaken by TACBIS, UEFA and their partners to bring the issue into the public eye, with the funding and support of the EU. Feel free to look up (link to toolkit) to find out more and contribute to raising awareness.

In an effort to spread awareness of color blindness, a light sculpture honoring Aston Villa ... 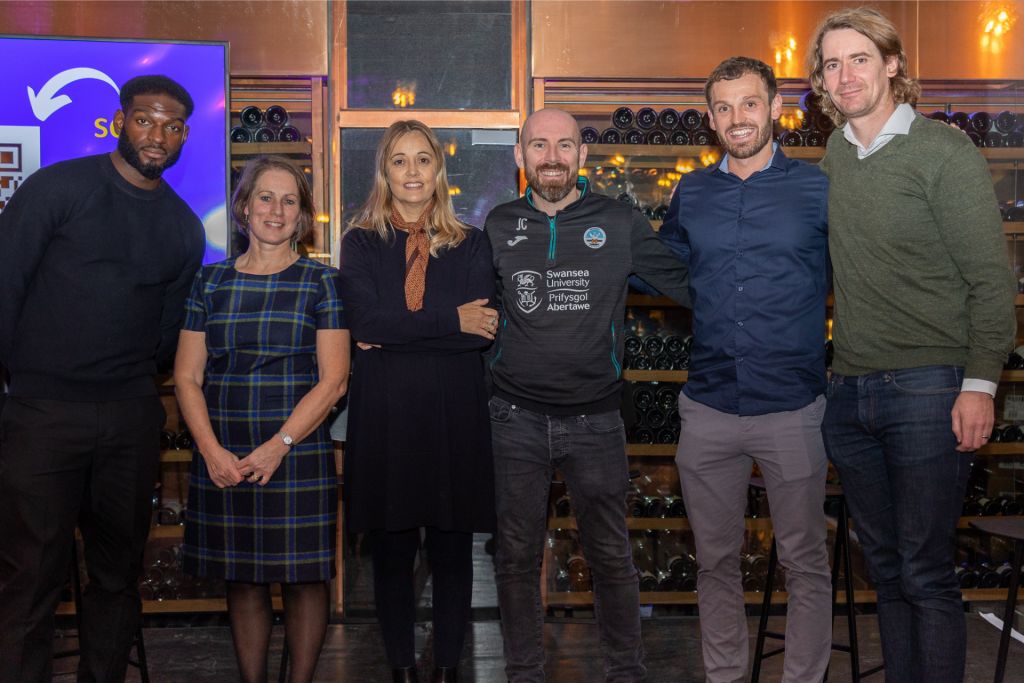